How To Prune Ixora Plants [Step By Step Guide] 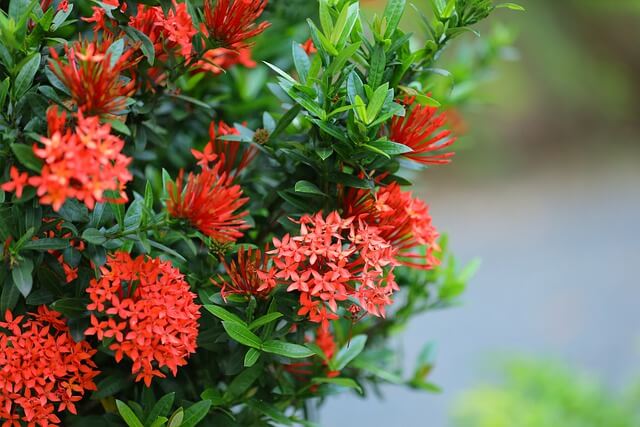 Ixora is a flowering plant genus in the Rubiaceae family. In the tribe Ixoreae, it is the only genus. It has roughly 562 species of tropical evergreen trees and plants.

In temperate and colder climes, the plant is commonly cultivated as an annual.

Pruning an Ixora is similar to pruning any other shrub. You may trim it at any time if you are growing it in the correct environment, with no cold temperatures throughout the year. Wait until the first leaves show after an unseasonal freeze to examine and clip back any frost-damaged limbs.

Cutting down one branch anywhere you find three at a junction is a smart method for pruning Ixora plants for enhanced business and fullness. This will lead the shrub to branch out further, giving it a fuller appearance and allowing more light into the plant’s center to stimulate additional development.

You may also prune your shrub to give it a rounded or square form or to maintain it within a specific size range. Just keep in mind that the more an Ixora is pruned, the fewer blooms it produces.

How to Care for an Ixora Plant

Ixora (Ixora coccinea) has tiny flowers grouped into a circular form, similar to hydrangea (Hydrangea), but with more thick stems and a smaller, more compact shape. An ixora plant is definitely worth cultivating in your yard or in a container on your patio because of its evergreen habit and year-round blossoming season.

Ixora, also known as flame-of-the-woods, thrives in USDA plant hardiness zones 9 through 11, although it can overwinter indoors if you live somewhere with cold winters.

Read also: Do wildflowers need a lot of water?

Ixora thrives in full, direct sun for the majority of the day, although it also tolerates moderate shade in the warmest regions in its USDA zone. Water the plant once a week, or less during the winter, with a deep soaking, and keep the soil moist but not dripping wet. If you’re growing Ixora indoors, keep it moist by placing its pot on a tray of damp stones.

Ixora, like many other plants, likes slightly acidic soil. If your plant’s leaves seem yellowish, it may require a high-nitrogen fertilizer or a top layer of acidic mulch, such as pine needles or bark.

Ixora like soil that is rich in organic matter, so add a layer of compost to the soil of your plant in the garden or in a container. Feed your plants in the ground or in containers three times a year: in the early spring, in the middle of the summer, and at the end of the summer.

While ixora does not require trimming, it may be trimmed at any moment to manage its size or shape. Remove any branches that have been injured by cold weather or that grow in out-of-the-way spots, and cut back the oldest and largest stems a few inches above the ground to minimize the size of the plant without affecting its natural shape.

To prevent the risk of illness spreading from one plant to another, disinfect your pruning shears with rubbing alcohol or alcohol wipes after each use.

While ixora does not require trimming, it may be trimmed at any moment to manage its size or shape. Remove any branches that have been injured by cold weather or that grow in out-of-the-way spots, and cut back the oldest and largest stems a few inches above the ground to minimize the size of the plant without affecting its natural shape.

To prevent the risk of illness spreading from one plant to another, disinfect your pruning shears with rubbing alcohol or alcohol wipes after each use.

When should I cut back Ixora?

Late winter/early spring is the optimal period for heavy trimming. You may trim them down to a few inches. During the growth season, pinch prune to encourage bushier plants. Fertilize with a slow-release fertilizer or an organic product if needed in early spring and maybe again in the summer.

Does Ixora bloom all summer?

Ixora Shrubs Information The plant has a gardenia-like look and is connected to it. Blooms are four-petaled floret clusters that can persist up to six weeks on the stalk. Summer is when flowers bloom the most, but they can also bloom at other seasons of the year.

Because they are slow-growing plants, they will take some time to mature into complete ixora hedges. The common ixora cultivars are described as follows by the University of Florida IFAS: Maui – Maui is a variety of Ixora that was initially identified in Hawaii and is supposed to be a little more cold tolerant than other Ixora kinds.

What can I feed my Ixora plant?

It’s generally a nutritional shortage, despite the fact that it sounds like a fungus. Most of us feed our ixoras palm fertilizer three or four times a year, about the same time we feed our palms. However, because to the high pH of the soil, the University of Florida advises that they do not entirely absorb the nutrients.

Ixora may lose some leaves and smaller branches or die back to the ground entirely if winter temperatures drop below freezing. You may either wait for the plant to grow back in the spring or bring it inside before the first frost. 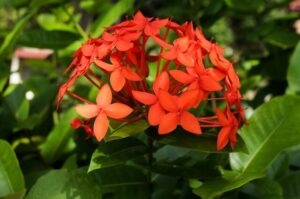 Why are my Ixora leaves turning brown? Now Answered 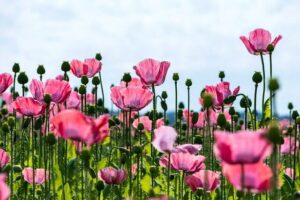 Can wildflower seeds be planted in pots? Now Answered 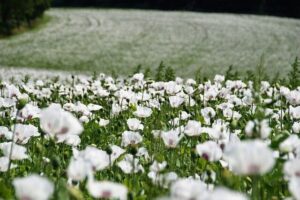 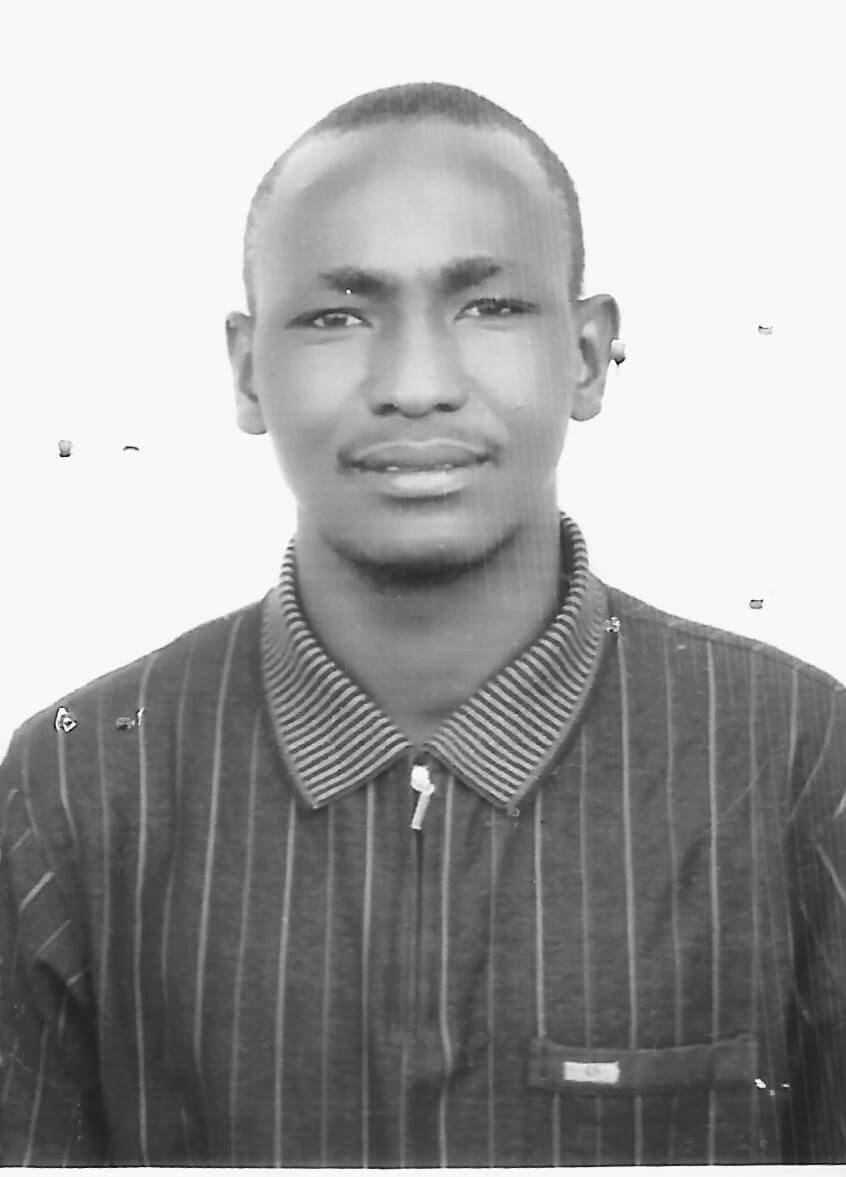